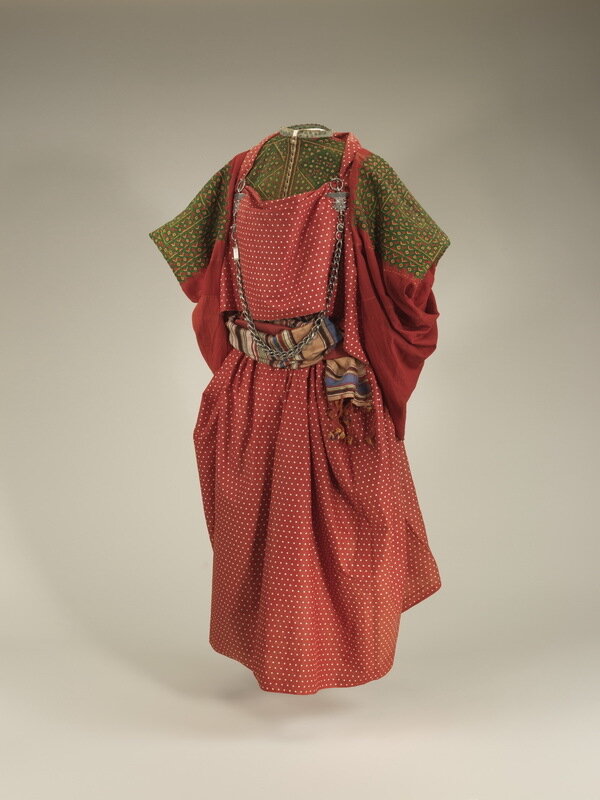 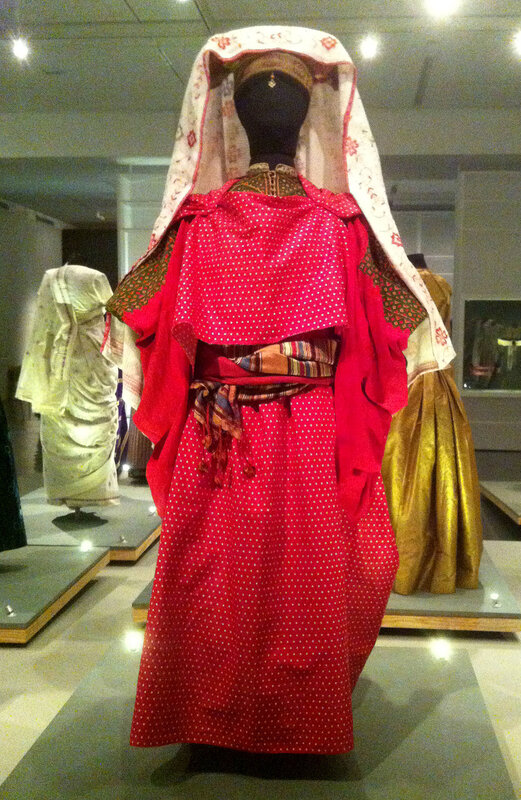 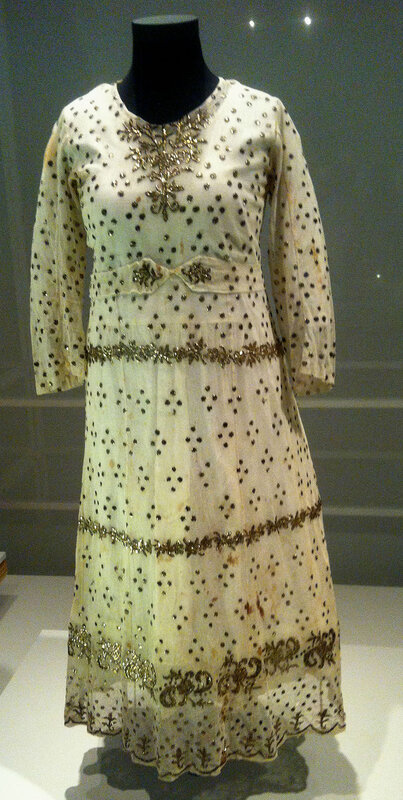 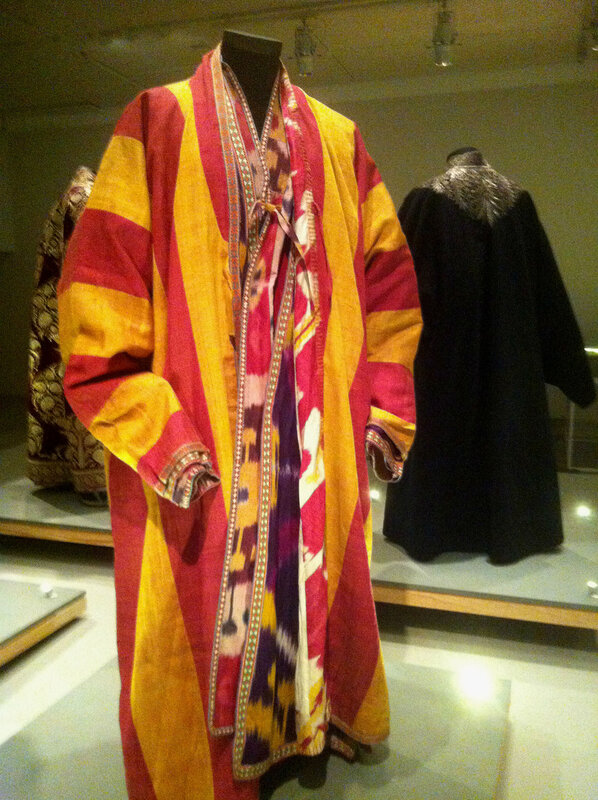 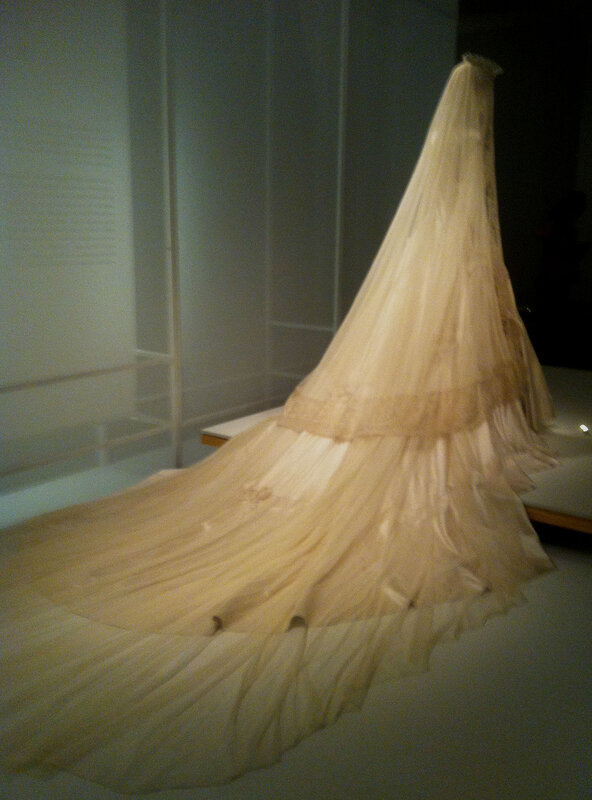 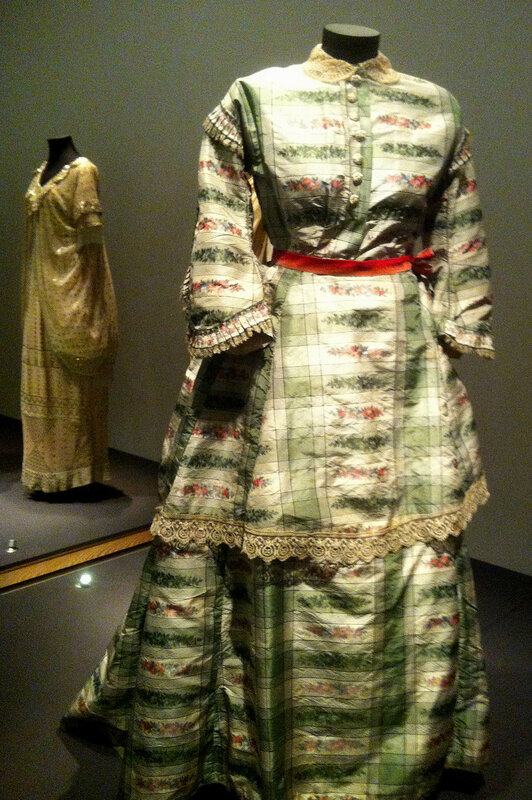 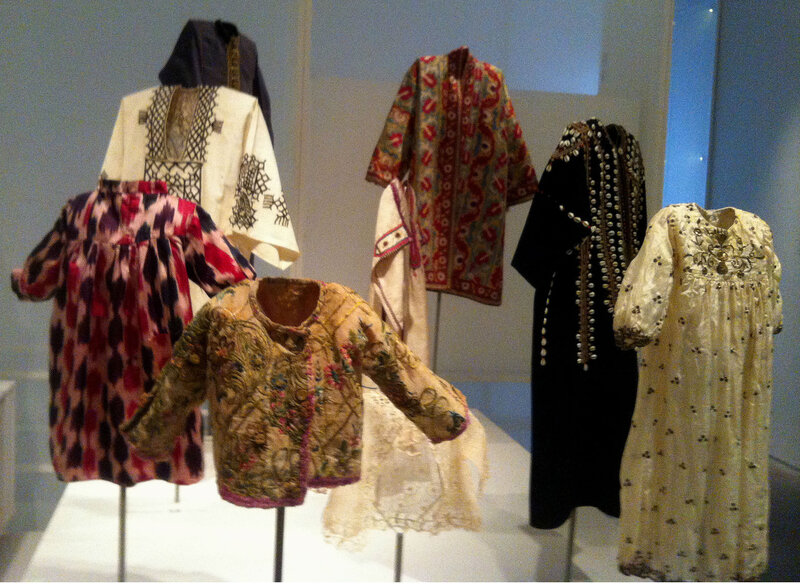 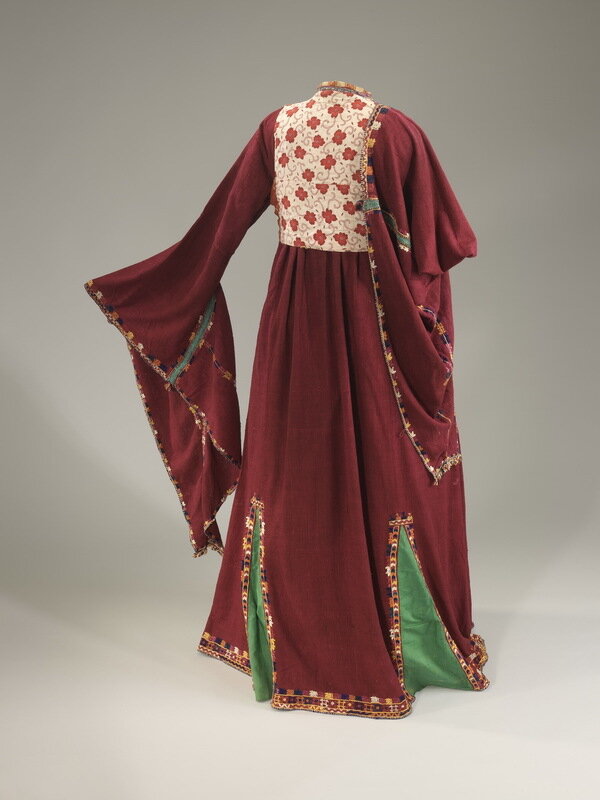 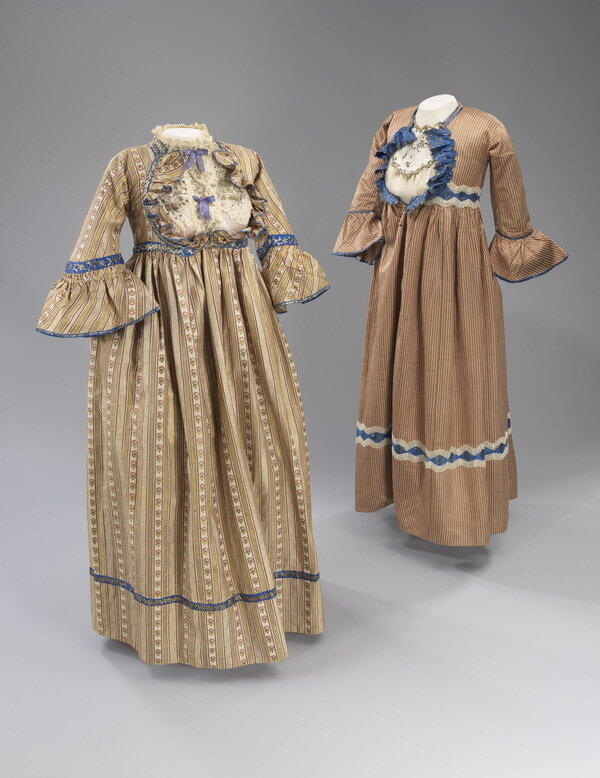 Iraq, Baghdad, 1891
Silk satin weave, silk and lace ribbons, tinsel embroidery
This dress belonged to Dakhla Rachel Mu`allem, Baghdad 1880–Teheran 1960, married at the age of 11.
Dakhla fled to Iran in 1948; when her children escaped Khomeini's regime for London, they took the dress with them.
Gift of Dakhla's daughter, Naomi Inbar, Ramat Gan.

...............
Modesty in the Eye of the Beholder
Although emphasizing the breast, these dresses were nonetheless considered a symbol of female modesty. In 1906, Rabbi Yosef Hayyim, one of the leaders of the Baghdad Jewish community, even criticized women who abandoned this modest style in favor of open-coat dresses. 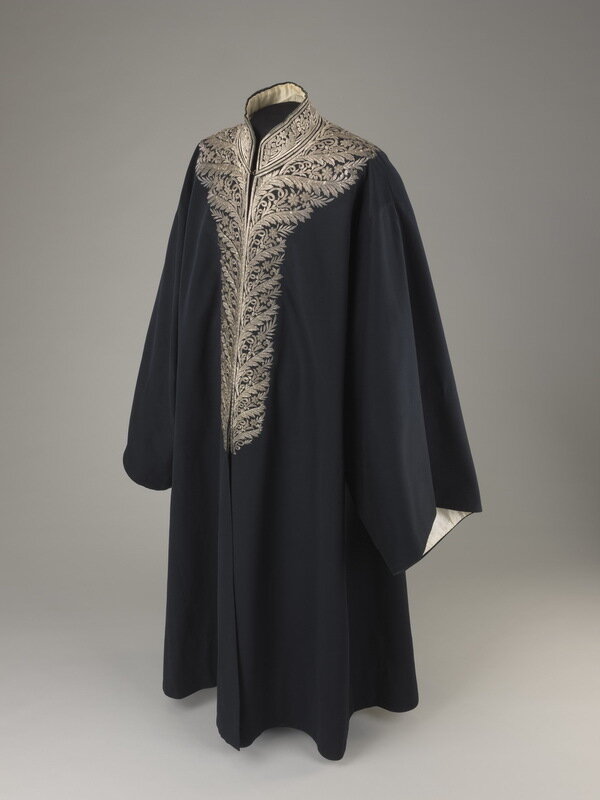 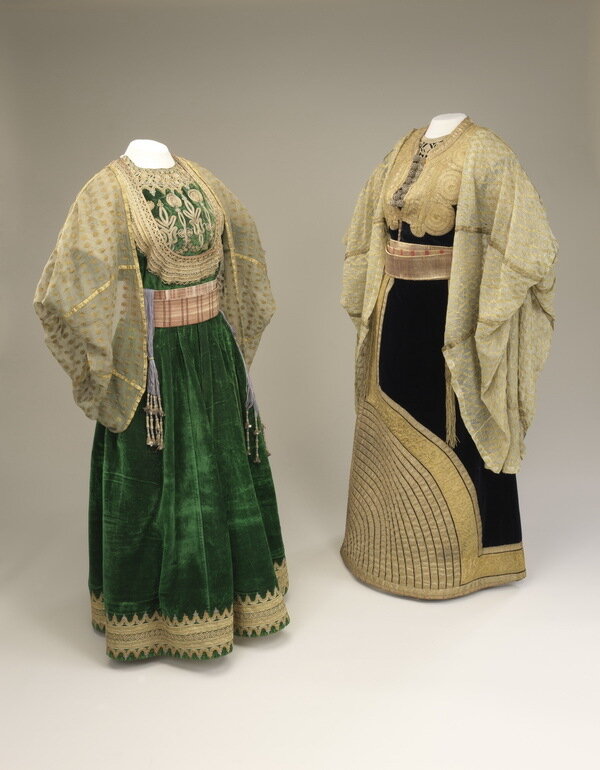 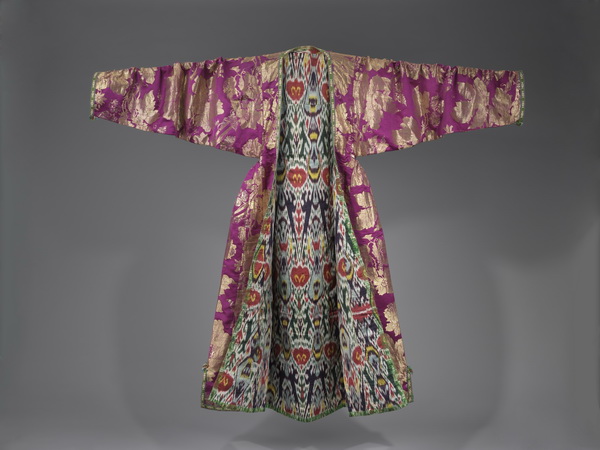 ...............
Explosion of Color
An The dizzying colors of ikat displayed here highlight the clothing's inner lining and give importance to often unseen parts of the garment. Due to its strong smell, the use of ikat was initially considered repugnant, and was exclusively a Jewish practice; however as the process was perfected it came to be a highly esteemed specialty. 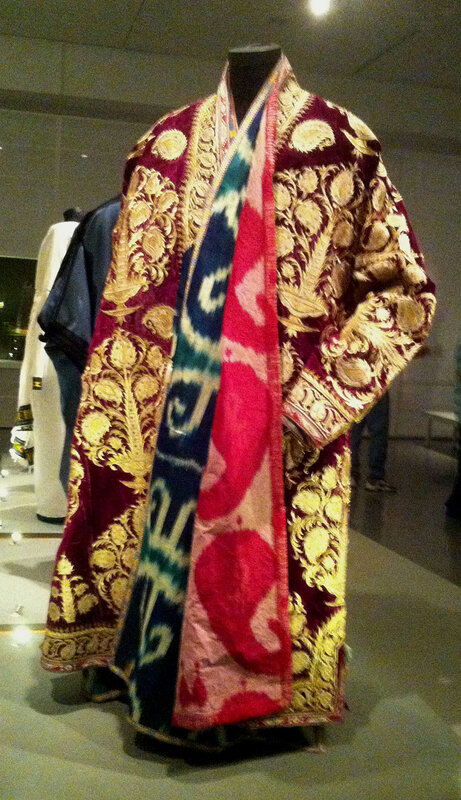 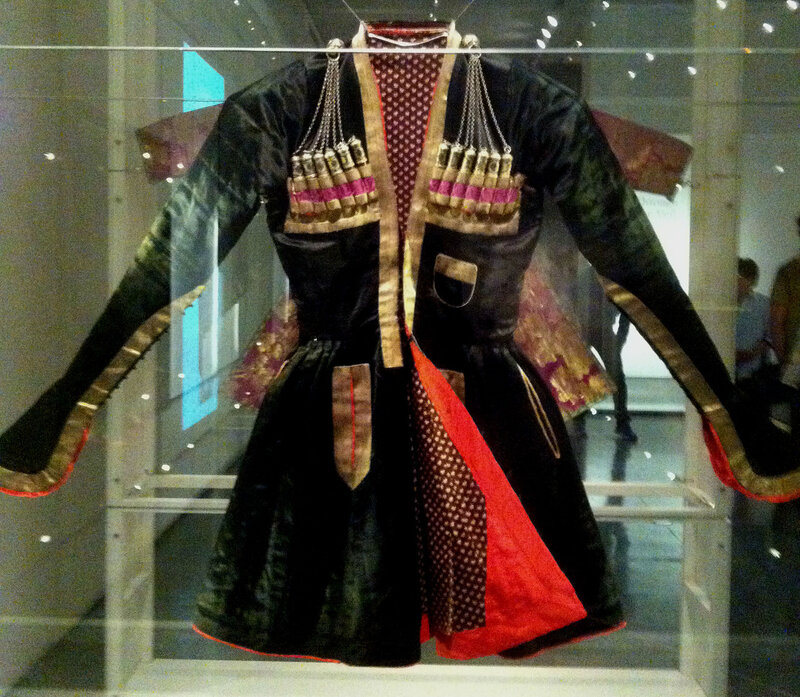 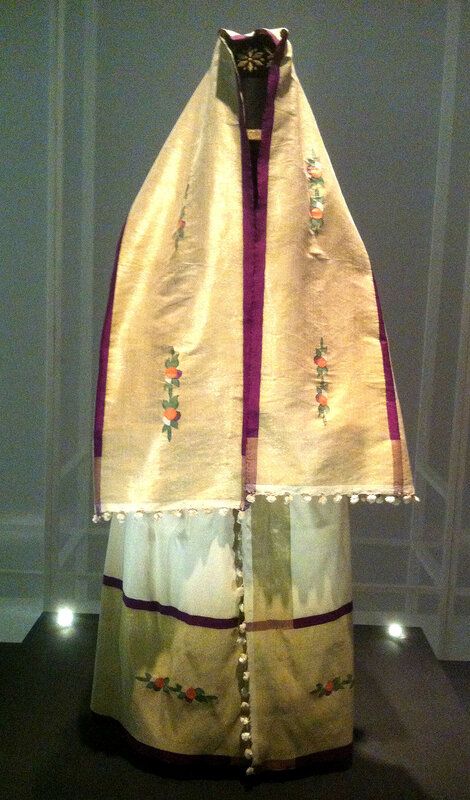 ...............
The most famous of the Baghdad workshops belonged to master weaver Menashe Yitzhak Sa'at, nicknamed Abu-al-Izan ("father of the izar") due to the fabric wraps in which he specialised. One year after Sa'at immigrated to Israel, the izar industry in Baghdad came to an end. 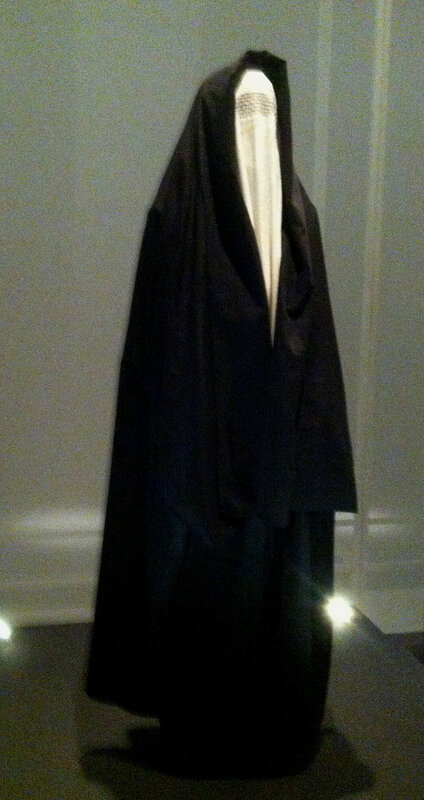 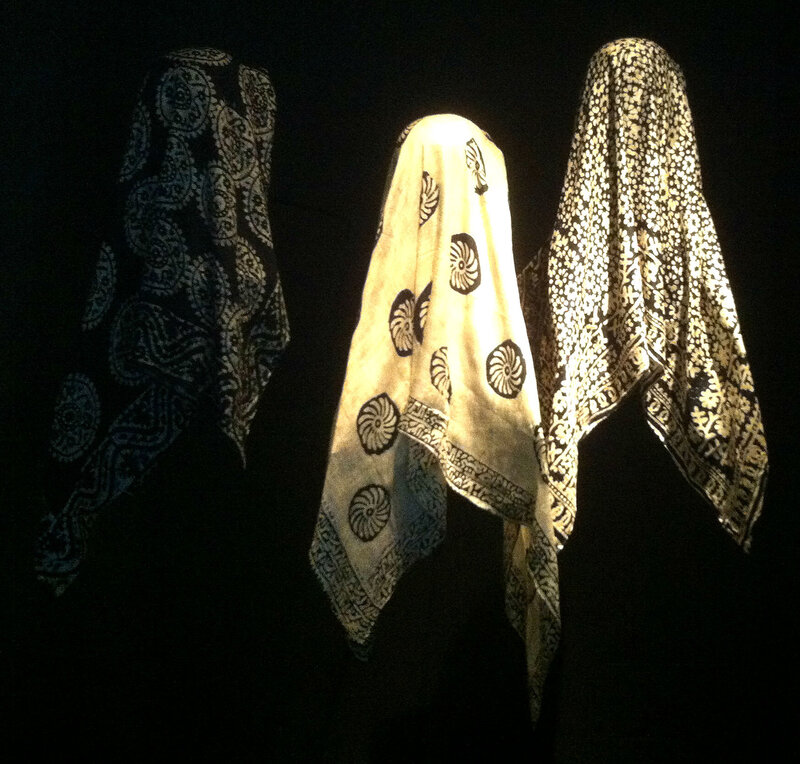 ...............
From Paris to Persia
When Quajar Shah Nasir al-Din and his wife embarked on a journey to Europe in 1873, they were inspired by the "ballerina" skirts they saw in Paris. Upon returning to Iran, they brought with them a new style of dress, characterized by heavily-pleated short skirts and tight pants 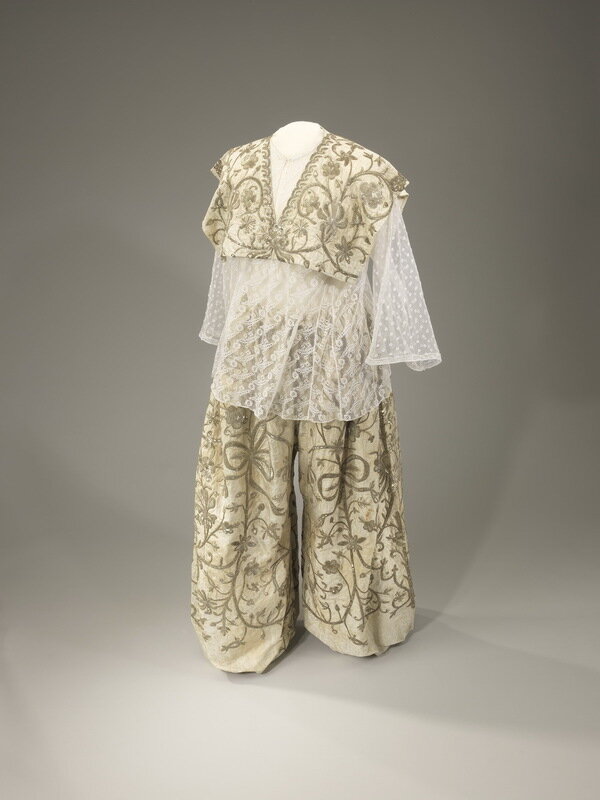 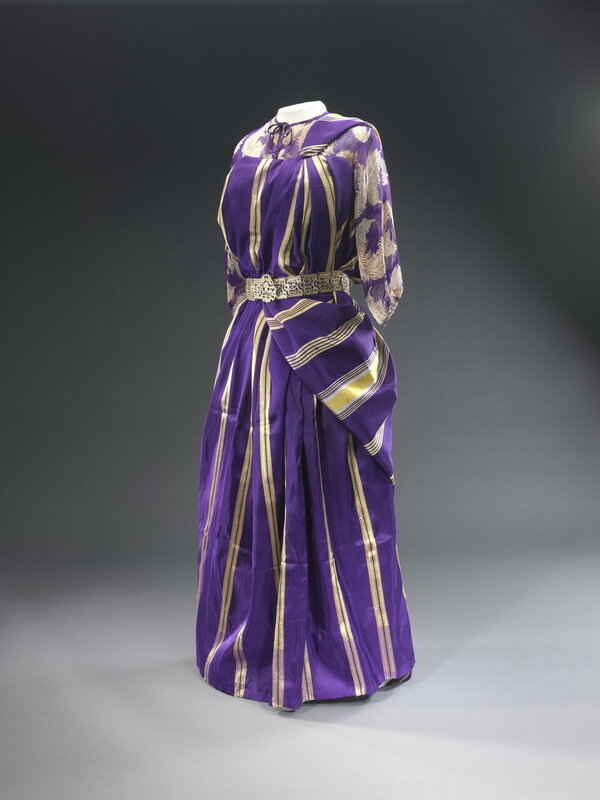 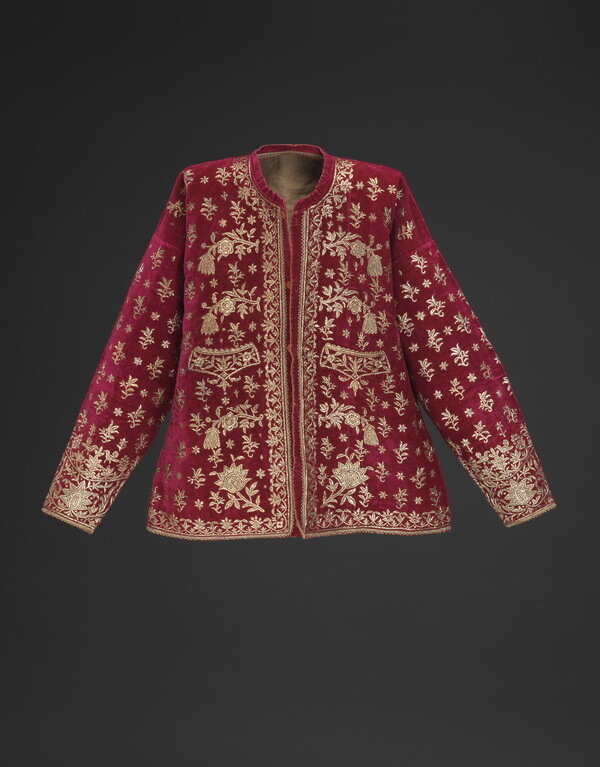 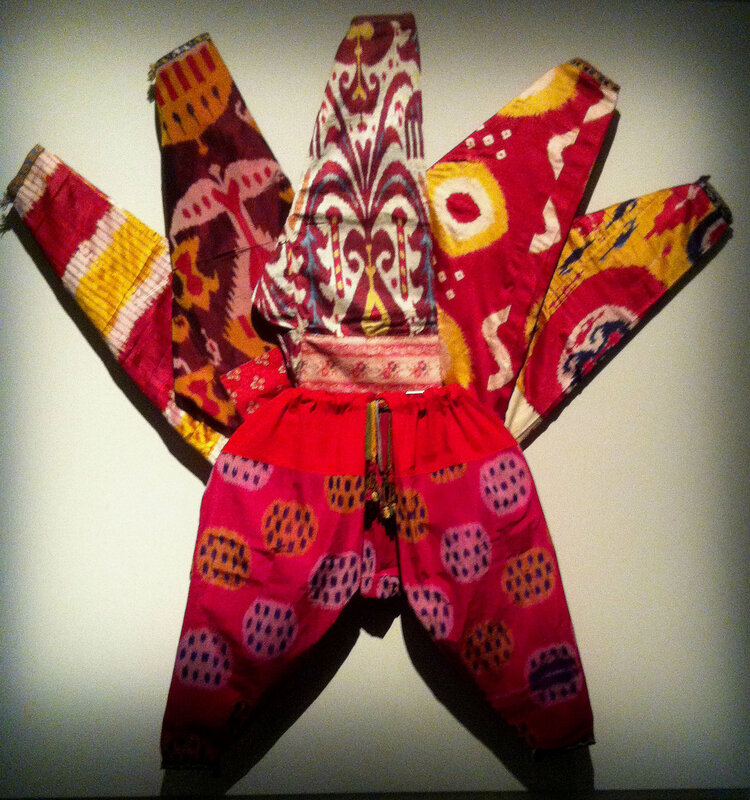 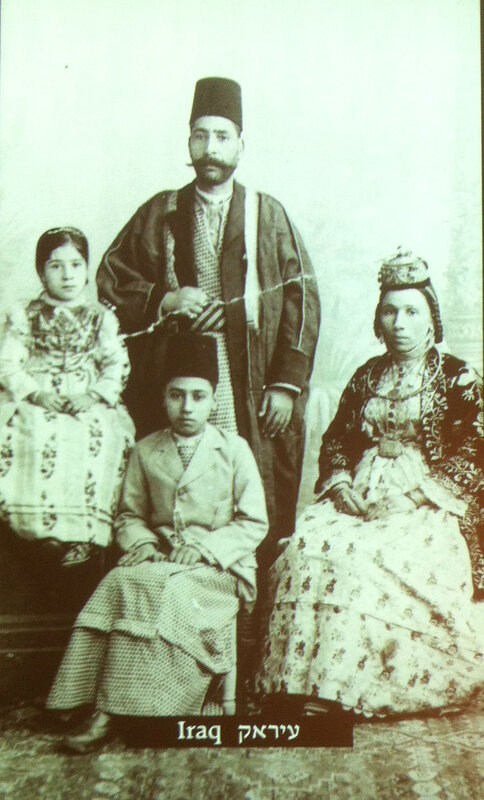 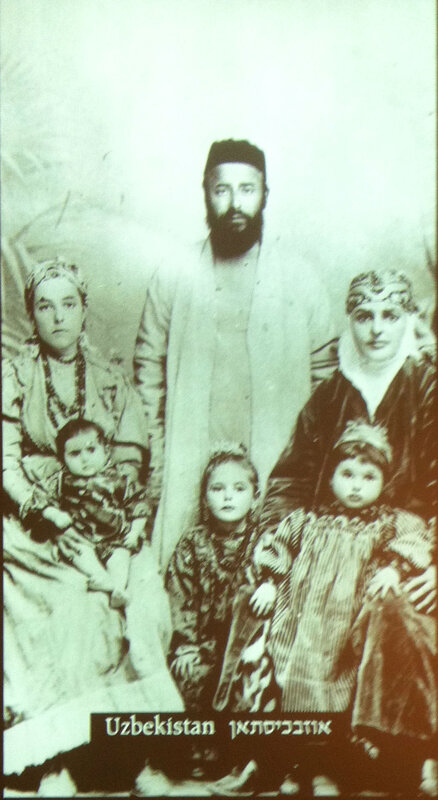 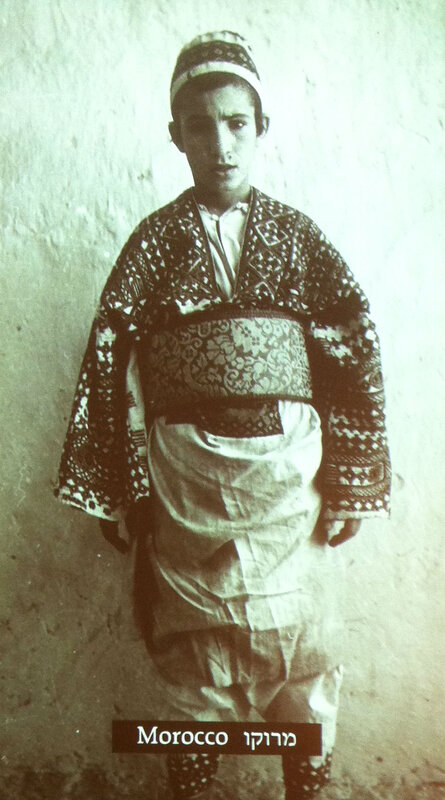 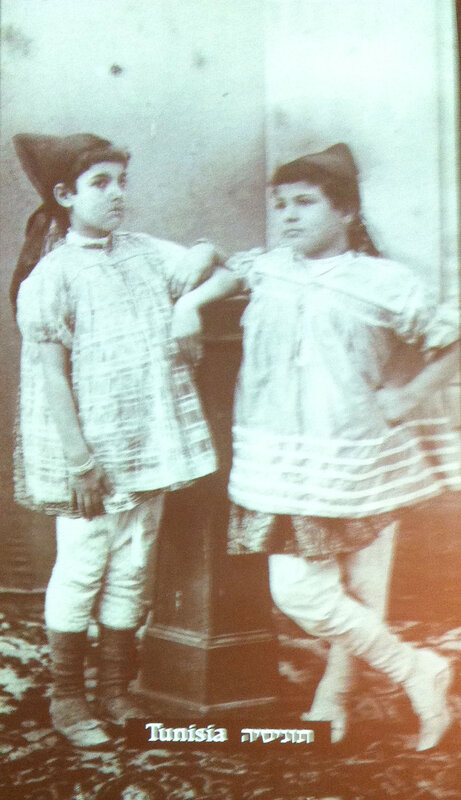 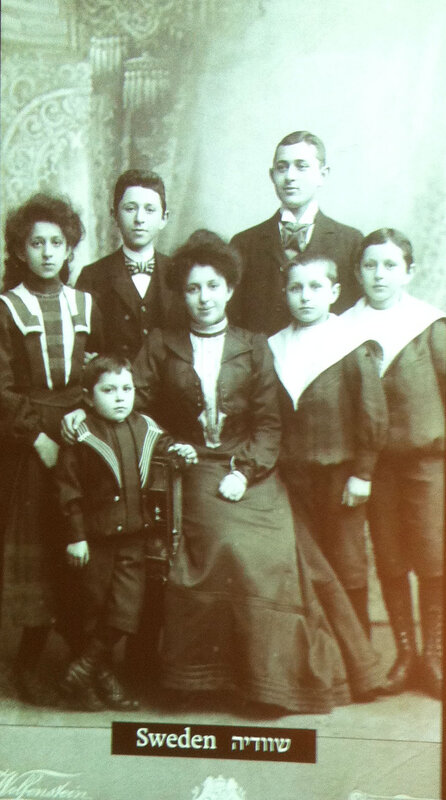 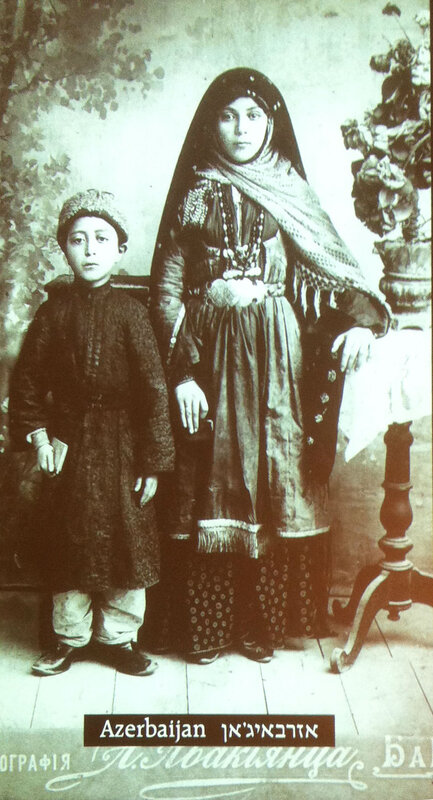 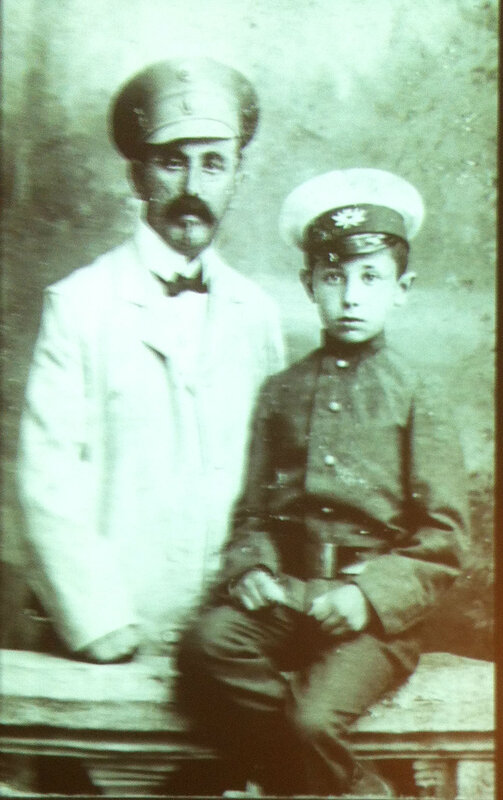 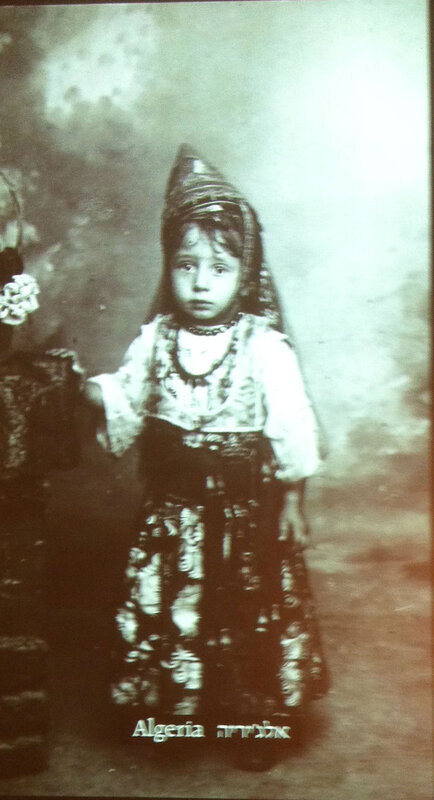